Using Smartphones for Math: How a Refugee Center Found Success

This post is by Vinod Lobo, CEO of Learning Upgrade. This week, the five finalists for the Adult Literacy XPRIZE were announced, one of which is Learning Upgrade. Join us in congratulating them and stay tuned for posts by other XPRIZE finalists.

The UMI Learning Center in San Diego is not a traditional adult education provider. This non-profit serves refugee and immigrant families, providing after school programs for children. When the staff saw a need for the parents to learn math and English, they developed an innovative model that can be used by a wide variety of adult education programs.

Smartphones Only: The center has no computer lab, but almost every adult they serve has a smartphone. The staff saw smartphones as an opportunity to give each adult a path to math success. The missing piece was a curriculum that would work on smartphones, keep their attention, start with basic math, and move all the way up to diploma level. After a visit to a nearby literacy program, they discovered the Learning Upgrade App, which contains 600 math lessons and 300 English reading lessons within 15 courses aligned to CCRS standards.

Onboarding: The adults who visit the center daily are primarily mothers of the children served in the after school program. The center organized the adults into a class in January 2018 and enrolled each learner into the Learning Upgrade app through a web-based teacher interface. Then the staff put on an onboarding event, where each learner took out her smartphone, downloaded the app, received her username and password, and signed in for the first time. The center had a good Wi-Fi router to facilitate downloading the app and playing the lessons. The goal was to move each learner through the first few lessons in person to build confidence. Each learner was enrolled in the first math course and English course.

Start with Basics: The first lessons in the Math 1 course in Learning Upgrade had learners counting animals and objects, moving them around the phone screen with their fingers, and adding them visually. Through songs, video, and games with immediate remediation through voice and animation, the app helped learners to ease into math. Because a smartphone provides a high level of privacy compared to a public computer lab, learners avoided embarrassment as they covered basics at lower levels than their children were learning at school.

Informal Learning Circles: As usage away from the center took off among learners, the time at the center became an informal learning circle. Women speaking both in English and in their native languages were talking about what lesson they had reached, the songs and games, how far they were from a certificate, and their ultimate goals for the future. Learners were even talking about moving all the way through the 10 math courses to prepare for a diploma test. Given an average of 25 hours per course, this goal requiring about 250 hours of work shows how far ahead they were thinking in their conversations with others.

Learning Everywhere: The Learning Upgrade smartphone app has content divided into small chunks of learning at about 10 minutes per lesson. Learners reported completing lessons while at the laundry, in line at Walmart, at the doctor’s office, on the bus, and during breaks at work. Also, learners reported binge-learning sessions similar to Netflix binge-watching, often late evening after their children were asleep.

Empowering Women: A key aspect of the learning community that UMI Learning Center had built was the empowerment of women. Many of their learners come from families where women’s education is not encouraged or valued. By working on their own smartphones, the women were bypassing traditional barriers to learning and taking control of their own futures. Also, they were setting an example for their own daughters to follow.

The experience of UMI Learning Center with smartphone math instruction demonstrates how adult education can transition to mobile learning. Through onboarding, creating a learning community, encouraging learning everywhere, and celebrating success, a wide variety of programs can offer their learners a path to math success.

Vinod Lobo is the founder and CEO of Learning Upgrade, which publishes online courses and smartphone apps to teach English, reading, and math through songs, video, and games. He is the team leader for the Learning Upgrade team that is a finalist for the Barbara Bush Foundation Adult Literacy XPRIZE. In 1998, he brought together educators, musicians, artists, and programmers to produce innovative, engaging lessons designed to support struggling students in reading and math. Through an innovative blend of interactive media technology and educational research, Learning Upgrade has helped over 1 million students find a new path to learning success. 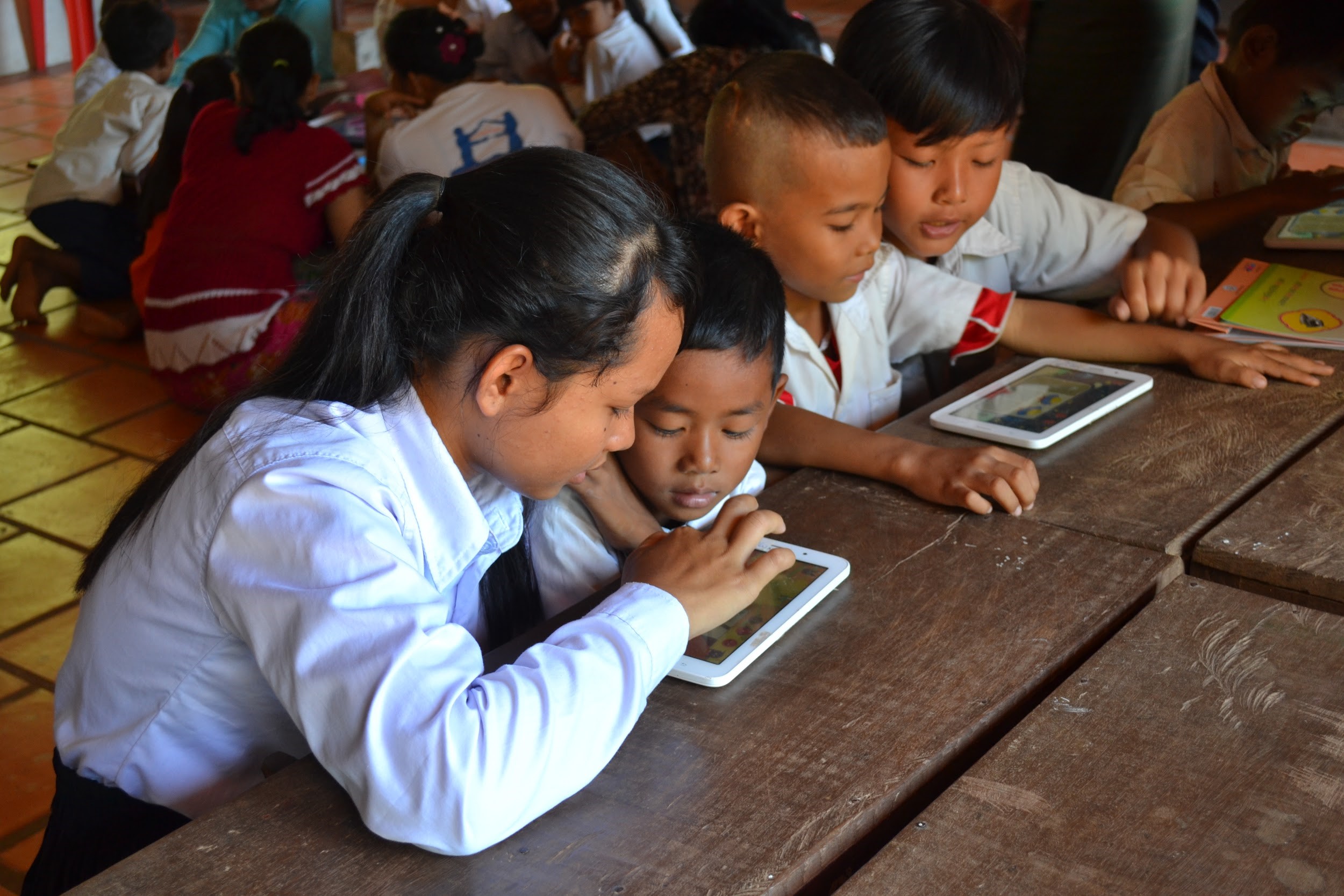